The Liberals are in for a long political winter 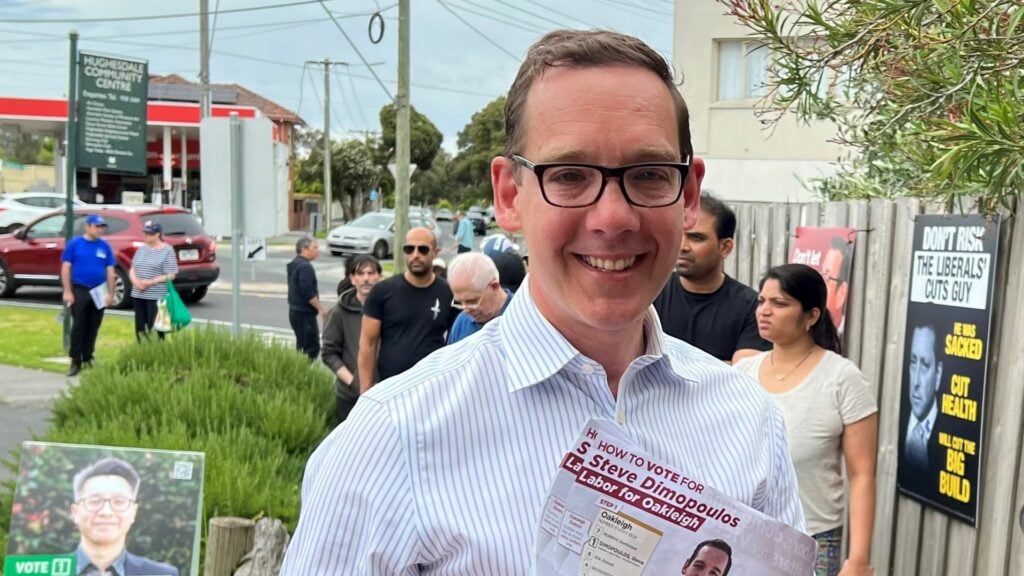 Labor's Steve Dimopoulos seen here handing out how to vote pamphlets today. Dimopoulos succeeded in holding on to his seat of Oakleigh. Photo: Con Deves

Labor will be returned with a majority. Anti-Dan sentiment in traditional Labor outer seats like the west did not benefit the Coalition.

Andrews did not take any big hits. Middle class suburbs shifted to Labor. Greens had strong results in Richmond and Northcote.

Kath Theophanous lost Northcote at 38.5% to the Greens 33.5% partly to preferences. She took Northcote off the Greens in 2014.

Theophanous said she was “elated that Labor will return for a third term.”

Labor’s Nick Staikos will hold Bentleigh, as will Steve Dimopoulos Oakleigh at 45.3% against Liberal Jim Grivokostopoupou.

Kim Samiotis the Greens’ candidate in Albert Park may beat Labor’s Nina Taylor in what was the former health minister Martin Foley’s seat.

The anti-Dan narrative was it seems hyperbolic and it failed to materialise into anything meaningful.

Eastern seats like Bentleigh turned red and Hawthorn wont go blue again. It’s also unlikely that Liberal, Andrew Katos South Barwon will take the seat off the incumbent, Labor’s Darren Cheeseman. The Liberals are in for a long political winter.