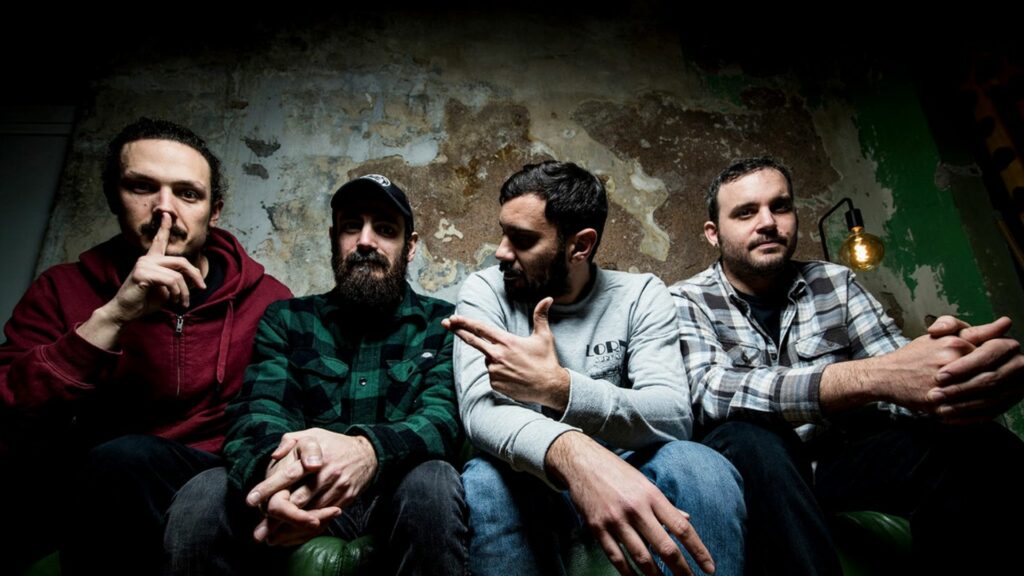 Often lately one sees the promotions of an Australian festival called Greek Fringe with the tagline ‘An exploration of contemporary Hellenic diversity and innovation’ and yet it has naught to do with anything remotely contemporary or innovative. Sadly it replicates versions of rebetiko music from the 30s, 40s and 50s, in an 80s format.

You’d think in multicultural Australia one might get some rock rebetiko or First Nations’ rebetiko…nah.

So to assuage those of us who crave something a little more gutsy and contemporary – something from the Greek fringe – the 1000mods are touring Australia in February.

1000mods, one of Greece’s most respected psych rock, heavy, stoner bands will tour with their latest offering, Youth of Dissent, as well as their seminal works from Blank reality and Repeated Exposure.

In Youth of Dissent the band try to bust up the spacetime continuum and perform a time travel to the 90s, with subtle homage to bands like Soundgarden and even early Nirvana. They exhibit a strong melodic weight without sacrificing the raw, heavy guitar riffs that are characteristic of the band. There is evidence of elements that go further back to the 70s with hints of the heavy psych rock of Hawkwind.

1000mods are from Chiliomodi, Greece, and consist of Dani G. (vocals and bass), Giannis S. (guitar), Giorgos T. (guitar), and Labros G. (drums). The name of the group is a pun linked to the village in which they were formed, as “a thousand” is pronounced “chillia” in Greek.

They formed in 2006 and released EPs Blank Reality in 2007 and Liquid Sleep in 2009 which have become anthemic in the world of psych-rock. In 2010, they produced their first album Super Van Vacation with Billy Anderson from Sleep and Neurosis. Then hit the road with 40 shows across European tour in festivals such as Rockwave Festival, Desertfest and Lake on Fire.

Their third album Repeated Exposure To… was engineered at Wreck It Sound Studios in Corinth, Greece and mastered by Brad Boatright of Sleep, Toxic Holocaust fame, at Audiosiege Studios, Portland, Oregon. In October 2016 the band embarked on a 27-date European Tour with Monkey3 and Moaning Cities.

1000mods rose from basements to play packed arenas. These Greek pioneers of the heavy, psych rock and stoner rock are now a leading European rock ensemble.

Watch the official video of Lucid below