On a mission to bring Aussie Greek success stories to screen; yours could be in too

Ari Love hopes to give immigrant family culture “the spotlight it deserves”in a global streaming platform. Introducing her original TV series in the making, she extends an open invitation for those keen to join the venture. 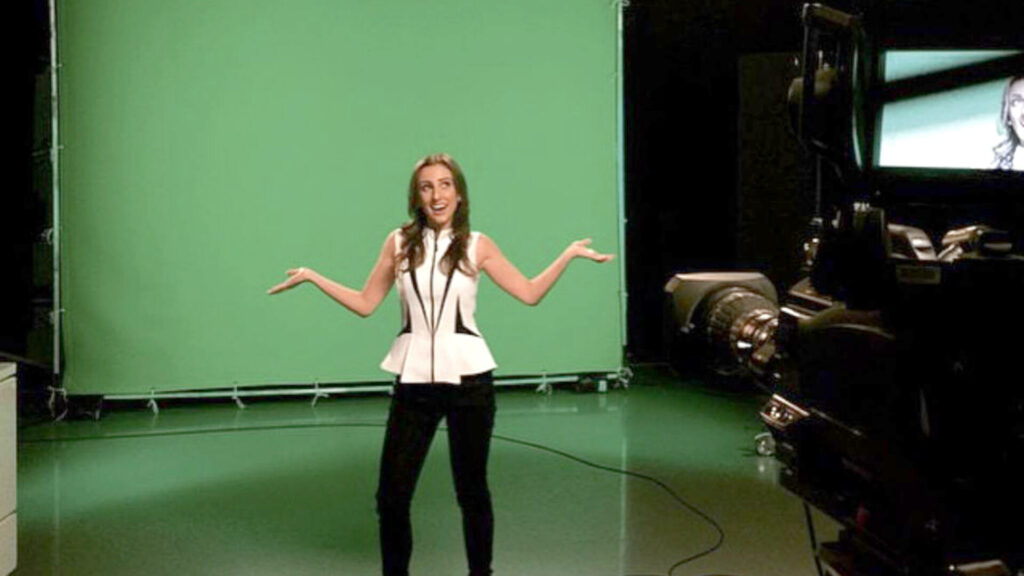 Ari Love, the face of Ari Love projects, has embarked on a venture to create "one of the most in demand productions (in the Greek Diaspora) for global streaming companies".

Ari Love is on a mission to create “the most watched original TV series in the Greek diaspora”.

One that will provide glimpses from the backstage of success (financial and beyond) and entertain audiences with all things funny, real and emotional that happen when experiencing failure and success.

“We want to take people behind the curtains of prominent families and individuals, their progress and achievements to date. In the process of success – however someone defines it – there will be low and high times. But we mainly want people to be entertained so we want to hear the funny stories along the way too,” says the young Greek Australian who leads Ari Love Projects.

Ari founded the entertainment company during lockdown, and has been running it since while tackling a full-time strategy consultant role for one of the ‘Big Four’.

“I was working from home and during that period we had a lot of time at home, but there is only so much more cooking that you can do before you go like ‘ I really need a new hobby’.”

Enter a quest for TV shows, videos and movies that talk about contemporary Greeks.

“I noticed we have so many global streaming platforms that only showcase around five iconic mainstream productions which highlight Greek culture, like ‘My Big Fat Greek Wedding’.”

Feeling an absence of stories about more current and diverse stories of impact, Ari decided to tap into her uni past of screen writing studies and started a writing experiment with friends.

“A script was born out of having a lot of time at home with an interest in wanting to learn more about contemporary Hellenes around the world.

“There are some amazing people making a meaningful contribution in their communities. So that was really the inspiration the fact that there are so many stories that deserve the spotlight.”

The lockdown experiment evolved into a fully-fledged pilot script with Ari and the team intending to pitch it to global streaming platforms, including Netflix and hulu by 2024.

Their vision, Ari says, also includes a commitment in donating 20 per cent of the project’s equity to organisations supporting the company’s espoused values of “justice and peace, love and relationships, and family”.

While still early to reveal who will be featured in the series, Ari points to three established shows that influenced their storyline: ‘The Crown’, ‘Succession’ and ‘Crazy rich Asians’.

And she shares the names of some prominent Greek Aussie families and individuals who have inspired their pilot script: Kayla Itsines and family (personal trainer and entrepreneur behind the Sweat App), family of businessman and boss of the 2032 Brisbane Olympics Andrew Liveris, the Pertsinidis family (of the fashion designer known as Alex Perry) and financial business entrepreneur and media personality Mark Bouris.

The concept of ‘new and old money’ and the dynamics between the two is one of the key themes of the TV project, Ari explains.

“What we’ve noticed in our research is that a lot of ‘new money’ individuals and families tend to be more in the media and have a public image and share a bit more about their private life. Then we have some ‘old money’ families with a completely different take on lifestyle. They’re not involved in media as often or when they do it’s more strategic or their viewpoints on displays of wealth are sometimes different.”

But she reiterates that those to be featured in the project are not necessarily wealthy.

“We’re not looking for people successful just by financial means, they might have made an impact otherwise, through philanthropy, an invention, a contribution to their community.”

The invitation is open for those who feel that they are or know someone who should be interviewed for this script.

“They can reach out to me directly to discuss what they’re trying to achieve, or they can contact us through our social media pages and stay engaged with a campaign we start in January,” says Ari.

The year-long campaign will feature a script-writing iteration process, which the team believes is happening for the first time in Australia.

“The conventional practice is that scriptwriters pitch their script to their agent and then the agent takes it to the streaming platforms to sell. But we thought, ‘how nice would it be if we actually engaged people in the conversation?’ And this way we can say we know with certainty that this is something the public wants to see.”

Participating in script readings, commenting on excerpts of stories they share and giving input on what questions they would like prominent families to answer, are ways for the public to get involved in the final product of the TV series.

“Their level of engagement and responses will actually influence and inform the scripts. I’ve seen this happen in other parts of the world. But to this day we don’t, from our research, know of any other company that’s done that here in Australia.”

The team is keen to open up the script to more cultural backgrounds, guided by audience responses.

“We hope to let people decide which top four cultures they would like to see featured. The main denominator is that we’re looking for very family-centred ethnic cultures.”

Young professionals are also invited to get in touch if interested in the project.

“If there’s anyone in the Greek Australian community, who really wants to work in the entertainment industry, whether as a producer, as a director, as a script writer, anything really, get in touch.

“We are looking for people who know their stuff, are very passionate, willing to learn and be part of the process that is seeking to deliver one of the best, most in-demand productions in the Greek diaspora.”