This vote is a historic crossroad 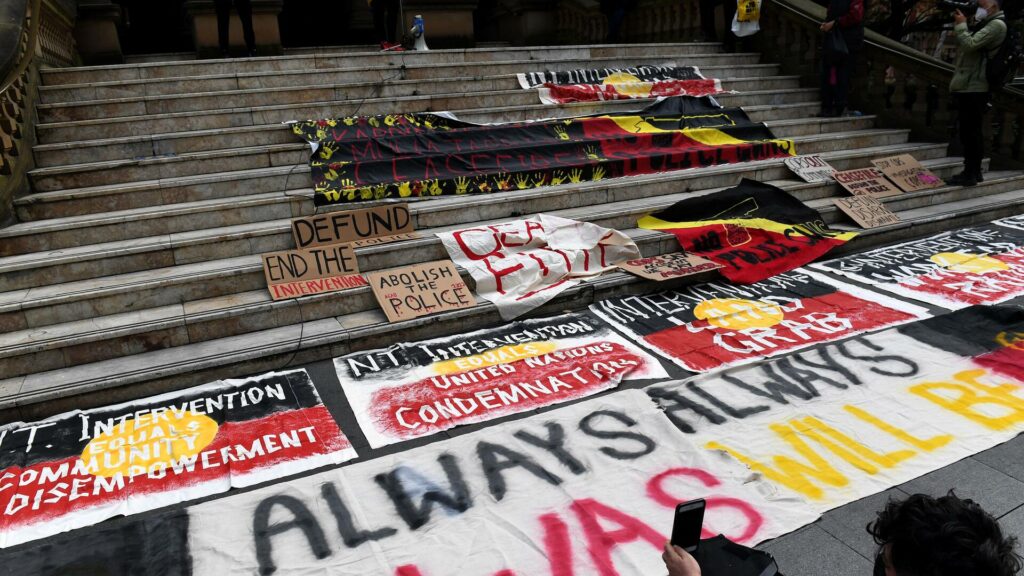 The Voice to Parliament has the potential to bring political maturity to our nation and advance reconciliation with First Nations peoples.

The report by professors Marcia Langton and Tom Calma proposes two models for selecting members of the voice. They could be selected from “structurally linked” members in existing First Nations organisations or via elections held among Aboriginal and Torres Strait Islander people.

One, the vast diversity of cultures in Aboriginal and Torres Strait Islander communities may not be reflected; two, confirming the indigeneity of voters may be challenging; and three, low voter turnout may have a negative impact on the voice’s authority.

While a selection model may have some advantages, I don’t think we should give up on direct democratic elections.

Yes, there will be challenges with the electoral roles, but Indigenous community members that I talk to relish the clarification of indigeneity and even more so the granting to them of the democratic right to directly elect their representatives in the voice chamber.

Based on the Langton-Calma direct election model, two or three representatives from each state or territory would be elected with additional representation from Torres Strait islanders.

If, as I hope, direct elections is the method chosen, a voice chamber would emerge with characteristics that are similar to the Senate. Elected representatives of Australia’s First Nations would be able to debate and vote on proposals that would then be considered by the Australian parliament.

There are those that argue that the voice’s recommended changes to legislation would be difficult for parliament to refuse. Some even argue there would be appeals to the High Court if voice proposals were not adopted.

This is a furphy designed to frighten Australians so they vote against the voice. I have no doubt that adequate protections can and will be put in place to ensure the Australian parliament’s supremacy and that the High Court would uphold this supremacy.

Australia has much to gain from a unique First Nations cultural perspective where improvements to legislation and policies are suggested and subsequently debated in our parliament and in the community. This adds to democracy, it does not diminish it.

The challenge for the Albanese government is to explain to Australians that they have nothing to fear and much to gain.

There is another important reason to adopt the direct election, rather than selection, model for the voice. It would insert democracy and not just advocacy into the lived world of First Nations peoples. The seats in the new voice chamber would undoubtedly be contested and, as always happens in politics, individuals from across the political spectrum would be elected.

A new voice forum will necessarily involve debate where new ideas will incubate and emerge. If the Australian Senate is anything to go by, motions would not always be adopted unanimously.

The voice chamber will thus not only bring consensus views to the parliament for consideration. In many instances, opinions will be divided, and majority and minority views will emerge. This is democracy; this is healthy, and another reason to adopt the election model.

By supporting the voice, we will deliver to our First Nations peoples the greatest gift we have to offer them – democracy. In return we all stand to gain from the wisdom of our Indigenous peoples. This is perhaps the most important addition to our nation’s collective wisdom and sits alongside the multiple diverse contributions of the cultures we have welcomed to Australia.

But there are obstacles. The National Party has opposed the voice. Peter Dutton, should he decide to take the Liberal Party down the same route, would set back reconciliation for many years.

Dutton is a smart operator. But if he continues with a strategy of creating doubt and undermines recognition of our Indigenous peoples, he will place the Liberal Party on the wrong side of history.

The Greens are also a big unknown. They often throw out the good under the cover of pursuing the perfect. In this case they are in danger of throwing out the very good for the petty.

It is unsurprising that the Greens proclaim a “principled” stance that they must know will kill the voice. I am sure that hard heads among the Greens have worked out that it does not help their political ascendancy to give Labor a win on the voice.

Even harder heads would have calculated that a few anti-voice votes could potentially come to the Greens.

The voice proposal brings Australia to a historic crossroad. We can move to recognition in our constitution of a voice for our Indigenous peoples. We can take a giant step on reconciliation. Or we can listen to the Nationals and sections of the Greens and Liberal parties and set back Australia by defeating the voice.

The choice is ours.

*Theo Theophanous is a former State ALP minister. This op-ed was originally published in Herald Sun.