Peter Katsabanis, President of World Hellenic Inter-parliamentary Association, says harnessing the talents
of the Global Hellenic Diaspora is important as Greece heads for the polls 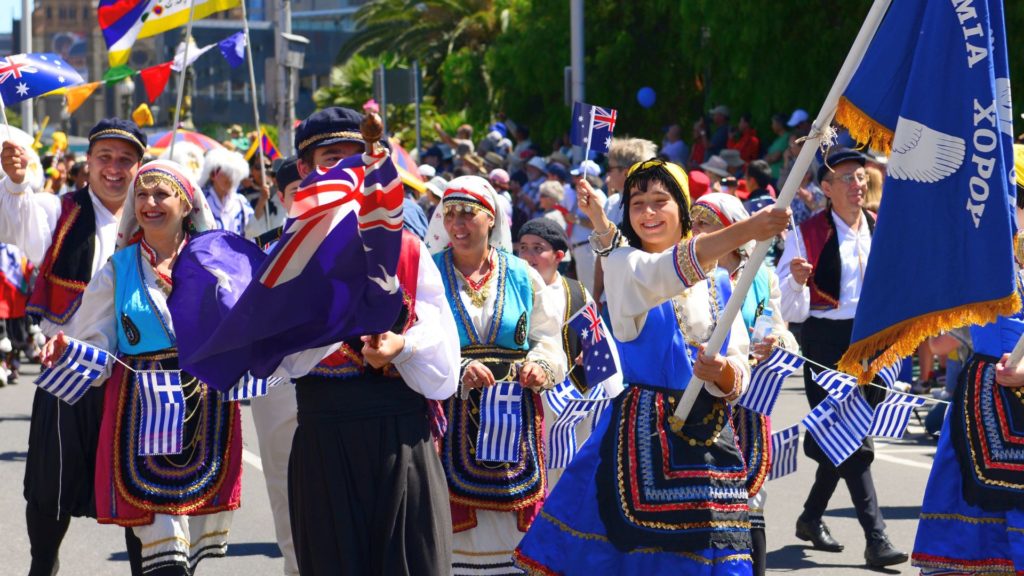 Greeks abroad have a lot to offer Greece.

Peter Katsabanis, WA Liberal MP and President of World Hellenic Inter-parliamentary Association (WHIA), talking to Neos Kosmos, said that if Greece really aims to be the infrastructure hub for the Balkans, it “needs to ensure it has the rail and road links as well as strong modern port facilities encouraging Greece to become a hub.”

He pointed to Singapore, a nation with similar ‘geostrategic experiences’, as well as the region’s other economic and port hubs like UAE, Abu Dhabi, Oman as nations “who do it better” than Greece.

Mr Katsabanis pointed to the country’s assets. “Greece is in a wonderful position, from defence and economic viewpoints, we are an historic bridge of east and west, as a people we are rooted in Asia and in Europe,” he said, adding that the Hellenic diaspora can positively and strategically impact on the political and economic re-emergence of Greece as a hub in the Mediterranean and Middle East.

“It is disappointing as we head into this election, in 2019, that Greeks citizens living abroad who are registered to vote, cannot vote unless they fly to Greece and go to their village and vote,” Mr Katsabanis said.

He added that Greeks living outside their place of registration have to do the same.

Mr Katsabanis lays blame not only on the current but all previous governments as well.

“This has been happening for decades,” he said.

“Where ever I go colleagues talk about their love for Greece, be it in Buenos Aires, Florida, D.C., New York, or Melbourne – we must harness this love.”

Mr Katsabanis reflected on his work with Jewish Diaspora through the United Israel Appeal and the Jewish National Fund in Australia, and said, “There are many things we can learn from them.”

The Hellenic Initiative is one new diasporic organisation headed by Andrew N. Liveris the Former CEO, of The Dow Chemical Company with President Bill Clinton as Honorary Chairman. It was set up during the crisis, to assist Greece through relief and economic development.

“They are exceptional at seeding significant initiatives, I see green shoots and want them to prosper,” Mr Katsabanis said.
He also praised the work of Greek communities in Australia, and pointed to the Greek Community of Melbourne, Victoria, as a prime example.

“The work that President Bill Papastergiadis is doing is excellent, as is some the work that Greek advocacy and lobby groups are doing in Washington DC,” he added.

“I am here trying to assist two individuals with their corporate relations and there are bureaucratic stumbling blocks everywhere,” Mr Papasterdiadis said.

He said that Enterprise Greece which was set up to facilitate business development is not fulfilling its charter.

“We are not seeing a steady flow of communications between Australia and Greece, or project initiation,” the President of the Greek Community of Melbourne, Victoria said.

He described the tragicomedy of setting up the Tourism Working Visa between Australia and Greece, which took eight years to get Greece on board.

The Visa allows Greeks and Australians under thirty years old visit and work in Greece or Australia for up to two years.
Mr Papastergiadis said, “I approached Chris Bowen, Finance Minister and Treasurer in the last Federal Labour government, eight years ago and it took them two months to agree and pass it, it took Greece eight years!”

He highlighted another initiative stuck in bureaucratic quicksand. “I offered to house the Greek National Tourism Organisation in the offices the Greek Community as well as Enterprise, for no charge – an incredible offer – and the Greek parliament agreed, but three years later we are still waiting.”

Mr Papastergiadis said, unlike the state, Greek private business sector from telephony to tourism, as well as private philanthropic areas “are incredibly efficient.”

While Greece has enjoyed some economic reforms said Mr Papastergiadis, Greece’s labyrinthine bureaucracy is a stumbling block to overseas investment. Mr Katsabanis agrees and pointed to the WHIA recommendation to develop a “one-stop shop for potential investors who can arrive in Greece and have a dedicated case worker assigned to them to work through legal, economic and other issues.”

Clearly, regardless of all efforts, the Greek state’s Napoleonic features have not been earnestly touched by the managerial rhetoric doled out by Greek politicians from all sides.