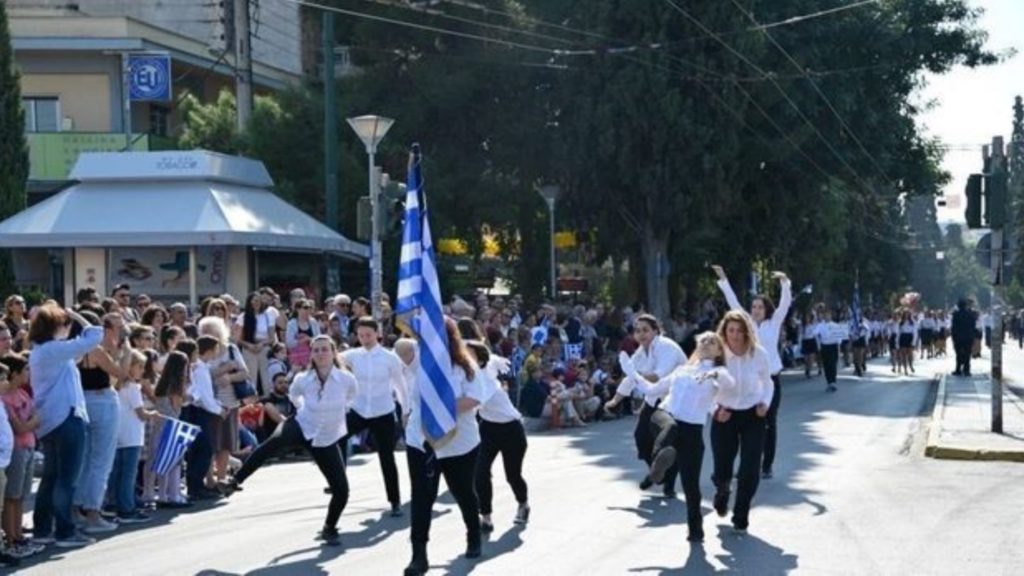 Public opinion is mixed following the 28 October parade of students from the municipality of New Philadelphia-Nea Chalkidona in Athens. A group of girls did the Monty Python walk as part of the parade to the bemusement of the crowds.

Social media was abuzz with reactions with many criticising the students of attempting to ridiculed the dead heroes of 1940, while others viewed the walk as humorous and an effective form of protest.

The local mayor had termed the girls move as ‘pathetic’ and their was public outrage, though a number of people also moved in their defence in drawing attention to the current situation within Greece using this form of protest.

The local media reported that the girls were not from the school of Nea Philadelphia-Nea Chalkidona, though they paraded between the 3rd Junior High School of Nea Philadelphia and the General Lyceum of Nea Chalkidona. The girls let out different chicken sounds as they marched, with one depicting a handicapped person, the other a bird – with their sketch presented with dead-pan seriousness.

The girls wrote, “‘What can militarism have to do with freedom? What can the defence of a people’s freedom have to do with the patriotism we teach from young children? In schools, in parades, everywhere.”

In a statement published by daily newspaper Efsyn, the girls said their walk was inspired by ‘the great field-marshal of English comedy John Cleese and by all that is taught by Monty Python’.

The Ministry of Silly Walks is a Monty Python sketch from 1970 that condemns bureaucracy and self-important inefficiency by walking in a bizarre fashion.

"The Ministry of Silly Walks"