Global advocacy for elderly Greek Australians being misdiagnosed with dementia

Neuropsychologist Matthew Staios is calling on Greeks in Australia, America and Greece to throw their support behind the elderly, and tackle this issue together 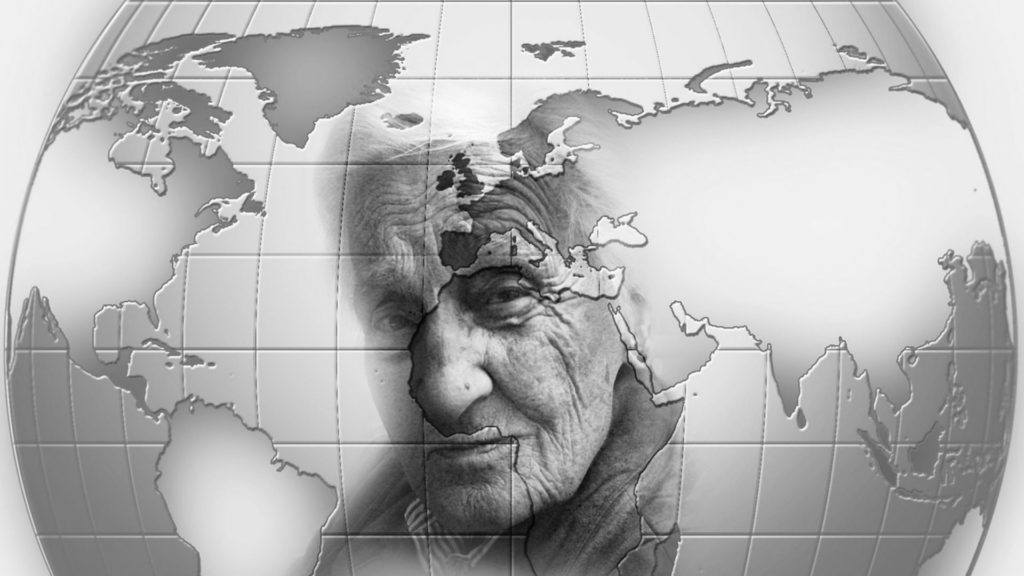 Neuropsychologist Matthew Staios is at the forefront of cutting edge research into the misdiagnosis of dementia among elderly Greek Australians.

As part of his PhD, he has managed to highlight that the current gold standard of testing available Australia-wide for the diagnosis of dementia is inappropriate, as it lacks the cultural sensitivity necessary to accurately assess elderly Greeks.

Often due to low levels of formal education and literacy and lack of opportunity due to various socio-political factors, Mr Staios’ research has revealed that there is no differentiation between the performance of a healthy patient and one with mild to moderate Alzheimer’s. Meanwhile misdiagnosis can have dire consequences, and can be very challenging to overturn.

As part of this breakthrough discovery, a series of tests developed in Greece will soon be unrolled and made accessible to practitioners Australia-wide, which can also assist with early detection of dementia if patients present early enough.

When Neos Kosmos interviewed Mr Staios in 2019, he spoke of his ambitions to expand his research to the United States to conduct a multi-site study in cities with large Greek populations, such as Astoria in New York and Chicago in a bid to better understand the experiences of Greek Americans and compare their experiences and results with those of Greek Australians, contrasting them with those of Greek nationals.

The idea is to compare their cognitive profiles and differences in social policies with regards to inclusivity faced by Greek migrants in each country, and whether that is reflected in the test results.

“It’s sort of taking it that one step forward now and looking at social policies that were at play that in turn might impact on their cognitive function, their ability to integrate within new societies, the English language, the Greek language, and what that looks like in terms of their ability to access medical health care and their understanding of disease processes,” Mr Staios explains. “That’s what I want to address at this point, and human rights issues that are at play behind everything that I am doing and what we can do as a unified community, a global Greek community, bringing together Americans, Australians and Greeks to tackle this issue.”

Mr Staios has stayed true to his word. He ventured to the US this month to present his research at a conference in Denver, before going on to meet with Greece’s Deputy Head of Mission, Theodoros Bizakis in Washington DC, where officials were genuinely surprised by his findings.

“It was very well received and they were quite taken aback by the fact that healthy elderly Greeks are performing at the level of somebody with mild to moderate Alzheimer’s disease, which is shocking in itself, and some of the preliminary data that we’ve actually just finished crunching has proven that to an absolute certainty … you can’t tell the difference. Mr Bizakis seemed quite hopeful about the Greek Americans helping out the cause,” Mr Staios told Neos Kosmos.

The neuropsychologist also met with the recently appointed Australian Ambassador to the United States, Arthur Sinodinos, who put an hour aside to meet with his fellow Greek Australian in his first week in office.

“He was able to relate to my research having Greek migrant parents who came out and essentially fell into my demographic. He said ‘my parents wouldn’t be able to do this [the tests]’. So he was able to recognise the value in it, commended the research and he spoke about some human rights issues around the consequences of misdiagnosis,” Mr Staios said. “He offered me his full support, anything I need within his reach and his power to make the transition with my research to the US a lot smoother.”

Mr Staios has certainly caused some friction by introducing a new way of thinking about and conceptualising assessments within an existing model that he has highlighted does not work for Greek Australians, let alone other non-English speaking groups. He says that while people in the sector try and be culturally sensitive, culture often seems to be an afterthought – wrongly so given it drives so much.

“Our model of care has been driven by a Western, Caucasian, educated perspective for so many years and the people making these calls fall into that category too,” Mr Staios explains. “This concept of multiculturalism doesn’t work in theory, certainly doesn’t work in practice. We see that now, where we have Italians and Greeks looking after their own because the general healthcare system simply isn’t equipped to deal with the challenges. The cultural nuances, the lack of tests, it’s a major issue. How do we bridge that gap between culture and cognition, or diagnoses?”

That’s a question he hopes his PhD will answer.

But as Mr Staios discovered after presenting his research in Denver, the issue is widespread. Professor Jennifer Manly, PhD, from Columbia University has faced similar variables when it comes to her research into African Americans and Hispanics in the US, as have neuropsychologists working in India, Africa, and the Congo in particular.

A GLOBAL LEVEL OF CARE FOR AGEING GREEKS: AMBITIOUS, BUT POSSIBLE

Mr Staios has his sights set on providing a global level of care for ageing Greeks throughout the entire diaspora and is hoping that the Greek community in Australia will band behind him. Though he admits his experience since embarking on his research project over five years hasn’t been easy.

“We are not unified as a community largely speaking, we’re not on the same page; there appears to be a lot of friction … whether it’s religious, cultural, political, there isn’t any cohesion,” he says. “What’s more frustrating is Greek Australian politicians not doing anything to address this issue, apart from taking a photo, shaking a hand. But when it comes to actually listening to some of the issues, they don’t want to hear them, it’s all too hard. That’s a reflection of being short-sided.”

At a local level, Mr Staios has been supported by Greek Community of Melbourne President Bill Papastergiadis, as well as Labor MP Maria Vamvakinou and Consul General of Greece to Australia, Dimitrios Michalopoulos who helped to facilitate the neuropsychologist’s meeting with Mr Bizakis at the Greek Embassy in Washington.

“I had read about Staios’ research a few years ago … it is quite unique and I was impressed about his interest in the condition and the effort he has put in,” Mr Michalopoulos told Neos Kosmos.

While he could not confirm within what capacity the Greek government would support Mr Staios in his endeavour, the Consul General did say that he is looking forward to a meeting for further discussions on the matter.

“We owe it to the first generation of the Greek migrants who came to Australia and built this world where second, third, fourth and fifth generations live. I think this is something that should be encouraged,” Mr Michalopoulos said, “and we also look forward to encouraging other young scientists here in Australia of Greek decent or heritage, so we can really show their work and their achievements.”

Back on home soil, Mr Staios realises his aim is an ambitious one, but his commitment to the first wave of Greek migrants is unwavering.

“It’s about equal access to treatment and diagnostic services, which still lack in Australia and across the world. I’m hoping that the Greek community, the Greek American, Greek Australian communities, will get behind this endeavour and we can look at it from more of a global perspective and start tackling more social issues on a micro and macro level, so we can go ‘this is what we’ve accomplished together’. I think it will send a very powerful message to other minority groups out there that with collaboration and passion and respect for your elders, amazing things can be achieved.”