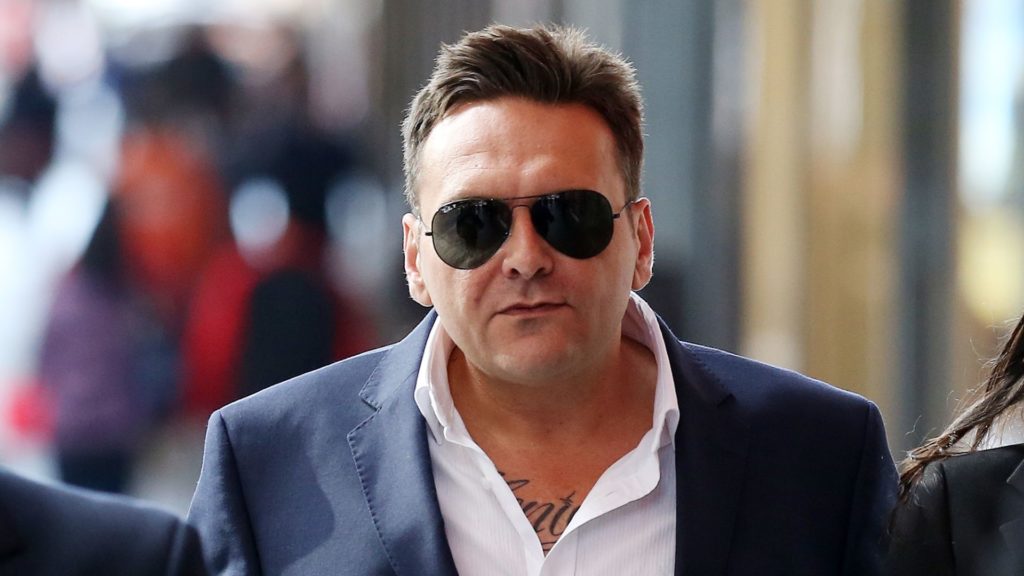 A 2015 image of George Alex arriving to give evidence at the Royal Commission into Trade Union Governance and Corruption in Sydney. Photo: Nikki Short/AAP

Sydney construction industry identity George Alex and his son, Arthur, were among a dozen people who were arrested in raids on 10 properties in Sydney and the Gold Coast on Tuesday morning.

Mr Alex and his son were arrested for allegedly being part of a large crime syndicate. Others arrested included Caitlin Hall, the wife of convicted drug dealer Michael Ibrahim. The arrests on Tuesday were the result of a joint investigation by the Australian Federal Police, the Australian Tax Office (ATO) and the Australian Securities and Investments Commission.

ABC News reported that Mr Alex, 49, was alleged to be the leader of a syndicate that used labour hire and payroll companies to defraud the ATO. He was arrested with his son, Alex, 22, at a leased water-front home in Surfers Paradise.

The Sydney Morning Herald reported that police also carried out a search of the family home at Earlwood in Sydney’s inner west where hey seized a Porsche Cayenne at the property.

The police also raided another house in Earlwood bought by Arthur Alex in 2018 for $2.35 million.

Mr Alex, the son of Greek immigrants, worked as a labourer in his youth and controls companies that supply contract workers to construction sites.

He told a royal commission in 2015 that during his years as a labourer he had developed relationships with “good, top-tier clients” for his labour-hire businesses. The commission also heard allegations that Mr Alex used these businesses for “phoenixing” activities – in which the assets of a company that has collapsed because of debt are moved to another newly-created business to avoid paying outstanding debts, taxes.

On Tuesday federal police also froze 65 Australian bank accounts, seized 12 properties, 17 motor vehicles, a caravan and a boat worth a total of $21 million.

Later in the day, Ms Hall, 30, who had been arrested at her home in Greystanes, appeared in an audio-visual link at Central Local court on charges of recklessly dealing with proceeds of crime in excess of $1 million.

Her lawyer Abbas Soukie told the court that the alleged facts on the case were presented in a 60-page document. Ms Hall was released on a $100,000 bail and must report daily to Wentworth Police Station. She is next to appear in court on 16 September.