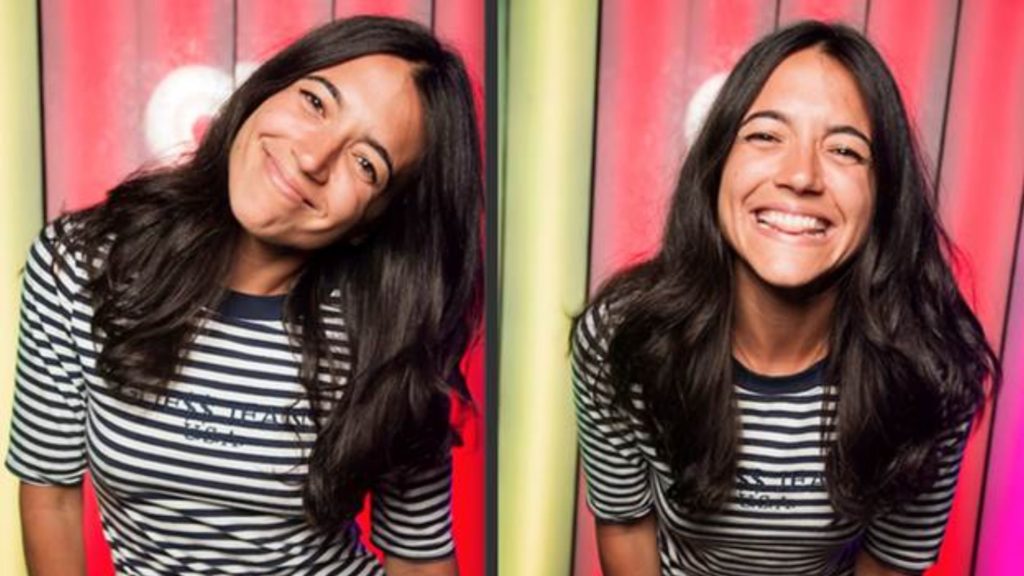 Descendants of Greek migrants, no matter where in the world they may have ended up in, seem to all share a very similar ‘Greek experience’.

This could come through as the yiayia constantly trying to feed you, or dad yelling on the phone, completely unaware that he has broken through the sound barrier.

One such comedian who gives us a peek into her own life is Greek-American Alyssa Limperis.

“It’s very comforting to know. Especially with the internet you can almost feel more alone, and I have loved that with these videos so many people are reminded that we’re all living similar experiences,” she said.

READ MORE: ‘The Usual Dagos’ comedians share what it means to grow up hilariously ethnic in Australia

Five years ago Ms Limperis began uploading comedic videos online, in amongst doing stand-up, sketch comedy and voice acting. Her online platform she feels, gives her a greater sense of freedom of self expression.

“I wouldn’t have the opportunity to play a 50-year-old Greek woman probably, so it’s nice because I have the internet and I am able make my own material. It helps me show the world more closely who I am, whereas when you’re acting and going out for auditions it’s more of ‘can I be this person for you?’,” Ms Limperis told Neos Kosmos.

Most recently, she appeared in our own home grown comedy Netflix special Aunty Donna’s Big Ol’ House of Fun, which has been charting high on the service since its premiere earlier this month.

Despite playing on her Greek heritage, the talented comedian has transcended past the genre of ‘ethnic comedy’, and instead showcases the joys and laughs that come from living in a Greek household without creating an obvious caricature.

“My family is such a vital part of my comedy and my life. I feel it’s intrinsically linked to my Greek heritage, just because I grew up Greek Orthodox. I thought everyone was like that and then I just realised as I grew up that other families just weren’t quite the same,” Ms Limperis said.

“For a while in my head and in my first couple of years in comedy I was like ‘you have to do stand-up about being Greek!’ and I think in the beginning I really tried to be. It didn’t really feel organic and then later in my career when I started doing character work and I was basing these characters on my honest life and experiences, that is when my heritage came through more because it was more natural.”

READ MORE: American-Greek artist/designer reaches out to diaspora with his creations

Ms Limperis’ videos impersonating her mother Linda have hit viral status. The accuracy is credit to going to the direct source for advice, her mum!

Linda Limperis often helps write, direct and even film some of the videos that have people bursting at the seams.

“One of my ‘mum videos’ is called Mom goes to visit the relatives. My mum makes them with me and we wrote it together and we shot it at my grandparents’ house. I would say a line like ‘Hey do you want an egg?’ and my yiayia would shout from the other room ‘Oh you want an egg? Okay I’m going to make you an egg’ and then I’d have to yell out ‘Oh no, it’s for the character!’, she recalls laughing.

Ms Limperis’ love for comedy was also a family affair, citing her late father Jim Limperis as being her teacher in laughter. They would write sketches together and marvel at the The Three Stooges and Seinfeld. She continues honouring his memory through her own work.

“I still feel lucky every day that I get to make a living doing this and that’s what I had set out to do…Being on Conan, or anytime I get something big I feel very much that it’s a win for me and my dad. My dad never saw that, when he died I wasn’t doing this professionally yet. It all feels like a win to me, anytime I get something big I really think ‘oh this is because of what my dad taught me’. I know he’s pushing me in a way,” she said.

Ms Limperis’ father passed away in 2015 after being diagnosed with brain cancer. She then went on to translate her sense of loss into a solo comedy show titled No Bad Days. Her father’s death, although painful, taught her to seize life and its opportunities no matter how much time we think we have left.

“Grief is a reminder of joy and death, my dad dying really pushed me to live my life. I think we get comfortable. We don’t have a guaranteed amount of time and it’s easy to forget that. I think my dad’s death helped me not be as afraid and to go for things that I want,” she said.

During this tough period of time, Ms Limperis’ mother came to live with her in New York. Aside from working on videos together, the young comedian really got to learn about harnessing a sense of confidence that only comes from ‘being Linda’ and admiring her resilience after losing a lifelong partner.

“I think what I really admire about her and I’ve learned through these videos is when I put that wig on, I feel true freedom. I am so confident, I can say whatever I want, I’m not overthinking and I’m not worried about what people think of me. If I want a snack I’m going to sit down in the middle of a Target and pick through my pocketbook and get a loose cookie out,” she explained.

“I don’t really live life that way and being this mum character has made me realise how brave and strong and confident my mum is and how I want to be more like that.”

When it comes down to it all, Ms Limperis finds it “comforting to always have comedy and the ability to make art” as a cathartic release from life’s struggles.

“I felt trapped and art has always made me feel I have a window…I want to make people laugh and I want to provide people a place where they can forget for a moment and escape into something that makes them feel happy because that’s what comedy did for me and to do that for someone else is a real gift,” she said.

In the age of the internet, Ms Limperis has been able to bring people from across the globe these moments of relief, of laughter and joy, celebrating her father’s life and her Greek family through her work.