Climate change will place additional burdens on women and children

Dr Magdalena Simonis and Dr Kimberly Humphrey argue that women and children will bear the brunt of the changes brought about by climate change and the inequalities that it may further expose. 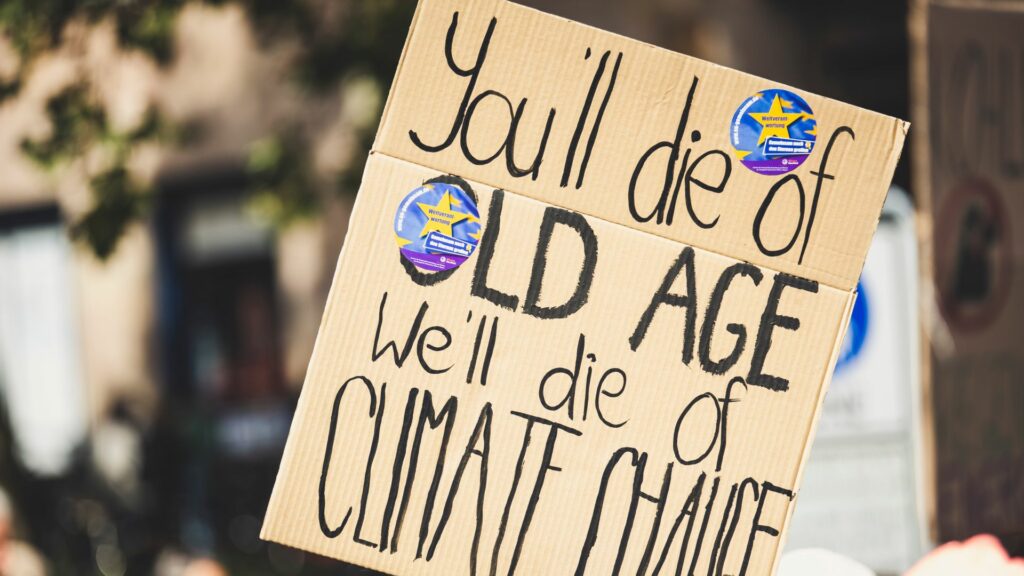 Gender and climate change are integrally linked. Climate change disadvantages women disproportionately more than men due to their traditional family roles as carers, their lower incomes, and reduced access to credit, education, technology and resources.

As doctors who work in the frontline supporting people’s health, we have already seen how COVID-19 has resulted in women’s gendered roles becoming more entrenched, preventing women from pursuing work, education and other opportunities. We have equally seen the devastation caused by the bushfires only kilometres from where we live and work, and have experienced shortages of supplies and medicines rendering us unable to assist our sick patients, and deficiencies in our health care systems in resilience and adaptation, to the detriment of the health of our communities.

During the bushfires of the 2019–2020 summer, health care systems in Eastern Australia saw increased patient presentations and deaths related to the effects of bushfire smoke – these presentations are all climate-related events. We have seen communities displaced by heat, fire, flood and other natural disasters, both locally and globally, with restricted access to both basic provisions for daily living, and medical care. These are all events that we would not be experiencing to this degree without our changing climate.

During such times, the effects of existing systemic gender inequity are highlighted, as social disparities in health, health access and health equality broaden. Violence against women increases as access to adequate reproductive health services decreases, resulting in more unplanned pregnancies. Exposure to inhaled and ingested environmental toxins affect pregnancies resulting in higher rates of obstetric complications, birth defects, weaker babies, malnutrition, higher rates of maternal and infant mortality, and ongoing inter-generational effects. Climate change impacts on women and children put further stress on existing health infrastructure. Climate change disproportionately affects the world’s most socioeconomically vulnerable people – over 70 per cent of whom are women. Women derive more of their livelihoods from the natural environment – two-thirds of the female labour force in developing countries are engaged in agricultural work and are as a result more impacted by the changes in natural resources caused by climate change.

READ MORE: Apocalyptic films have lulled us into a false sense of security about climate change

It is a cruel truth that not only are women most affected by changes in climate, they are substantially less likely to have a seat at the table and be involved in decisions on land use, natural resource management or climate policy.

These climate change effects are amplified in Indigenous women, culturally and linguistically diverse women, women with disabilities, older women, and women with children, thereby also becoming a human rights and justice issue. The Gender Action Plan agreement at the 2019 United Nations Climate Change Conference (COP25) states that the time for gender responsive climate action is now and taking the gendered dimension of climate change into account in developing policy is essential.

The Intergovernmental Panel on Climate Change (IPCC) describes in detail how gendered inequities are exaggerated by climate-related hazards, as they result in higher workloads for women, occupational hazards indoors and outdoors, psychological and emotional stress, and lead to higher mortality compared with men. This message must get through here in Australia in the lead-up to the 2021 United Nations Climate Change Conference (COP26), as Australia is more prone to the impact of catastrophic climate change than just about anywhere else due to its size, deforestation, cattle farming, arid climate, propensity to droughts and reliance on fossil fuels. Leaders who minimise or deny this and argue in favour of maintaining a fossil fuel driven, post-COVID-19 economic recovery, threaten the nation’s wellbeing and the survival of the planet.

Every model in the latest IPCC report (Climate change 2021: the physical science basis) warns us that anthropogenic climate change due to human-related greenhouse gas emissions is accelerating global warming, and if urgent action is not taken now, the earth’s temperature will increase beyond the tipping point of 1.5 Celsius by 2040, making extreme weather, with its devastating consequences, more common than the reports we see on the nightly news. Glaciers will retreat further, corals and other marine species will continue to perish in warming seas, island nations will become submerged and large populations will be caught in deadly heat waves, deluges, melting ice caps, rising sea water levels, unexpected floods and intensifying heat and deadly wildfires. The severity and frequency of natural disasters will be catastrophic and the effects will be even worse on women and children. The Lowy Institute advises that creation of environmental refugees is now an inevitable reality which needs to be factored into any economic policy and requires additional infrastructure.

Doctors For the Environment Australia and the Australian Federation of Medical Women are united in the quest to address the gendered impacts of climate change as we work to protect the planet that sustains us. We acknowledge that climate change solutions create economic opportunities which also provide opportunities to fix systemic gendered inequities as part of the process. We applaud the efforts of scientists and industry who have created solutions; these just need to be widely deployed.

These solutions include Beyond Zero Emissions, and the Climate Council’s Clean Jobs Plan which provides a whole-of-economy solution and identifies 12 major policy opportunities to immediately kick-start economic growth and can be deployed rapidly. The World Economic Forum points to contributions women make to creating solutions and states that “we can solve climate change if we involve women”. The time to implement these strategies is now, as we aim to mitigate the effects of climate change and reduce pervasive gender inequity together. There is a documented relationship between improving gender equity and increased adaptation and climate resilience, and building strength in one directly impacts the other. Investing in the future of women will have substantial benefits for our planet and future generations.

We recognise the agency of women, and the roles that they play locally, nationally and globally as leaders, educators, experts and decision makers who play significant roles in shaping the future of our planet. Women across the globe have shown themselves to be innovators and instigators of meaningful and relevant climate action and policy.

Empowering women through education, access to technology, and leadership roles has been shown to lead to tangible outcomes in the form of more resilient communities that are better able to adapt and withstand the impacts of climate change. The role of many women as stewards of the natural environment, and the knowledge that comes with this, is essential to guide informed, relevant, collaborative and realistic climate policy.

This November, COP26 will occur. This is a crucial and pivotal opportunity to elevate the interplay between gender and climate – to emphasise the impacts on women and the action required, but also to promote women as world leaders and change-makers in climate policy and action. It is imperative that women are at the table – for the future of our planet.

♦ Dr Magdalena Simonis is the President of Australian Federation of Medical Women; Dr Kimberly Humphrey is the Deputy Chair of Doctors for the Environment Australia.

– The article first appeared in the Medical Journal Australia (MJA).The statements or opinions expressed in this article reflect the views of the authors and do not represent the official policy of the Australian Medical Association (AMA), the MJA or InSight+ unless so stated.