Do you know these creative Greek Australians? Edgy and bursting at the seams with ideas, they are making great contributions to the arts scene 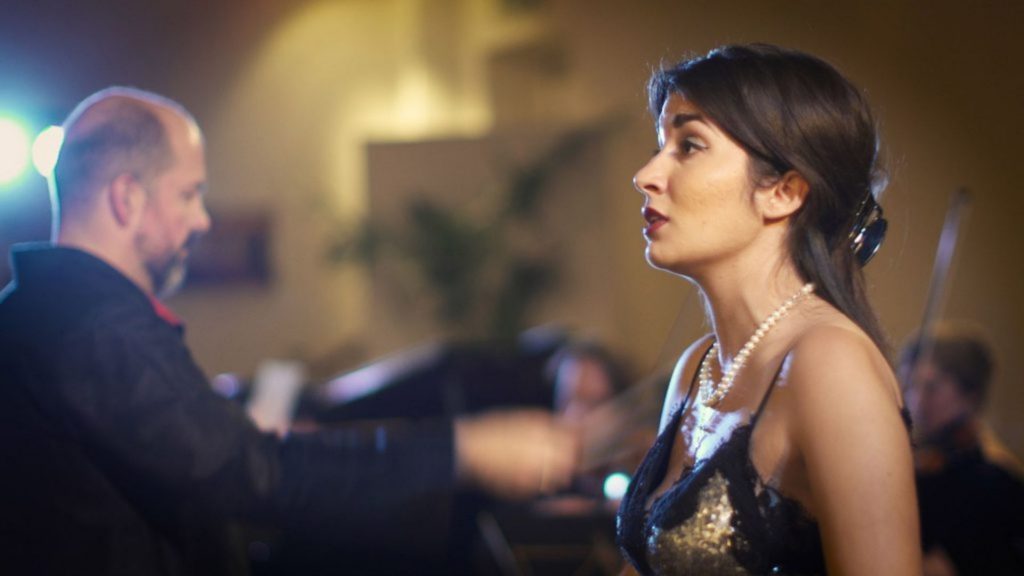 Greek-Cypriot soprano Christiana Aloneftis has distinguished herself on the opera scene.

Peter Polites, the writer from Western Sydney, is hot property in Australia’s literary landscape. Polites’ writing has been described by author, Maxine Beneba Clarke as “unpretentious, spare, sharp. Peter’s voice is raw, casual, genuine. This is urban storytelling at its best.” His first novel, ‘Down the Hume’, was shortlisted for a NSW Premier’s Literary Award in 2017. Polites was also shortlisted for the 2018 NSW Premiers Literary Awards Multicultural NSW Award. ‘The Pillars’ is his second novel. His work is for today’s generation what Christos Tsiolkas’ ‘Loaded’ was for many of us in the 1990s.

Kon Gouriotis OAM, from Sydney, is the owner-publisher of ‘Artist Profile’, a leading quarterly journal taking its readers into the world of contemporary artists across Australasia. ‘Artist Profile’ was relaunched in 2018 under the ownership of Kon Gouriotis OAM and John Feitelson. Artist Profile commissions original work from writers, artists, scholars and other creators to celebrate, inspire and stimulate debate around what it means to live and work as a visual artist today. Gouriotis has been a leader as curator and artist in the Visual Arts since 1995. He was Director, Visual Arts, the Australia Council for the Arts; Director of the Casula Powerhouse Arts Centre. He is the co-founder of 3C Projects. He is a writer for Australian Art Monthly, Asian Art News, and ArtAND. His curatorial projects include ‘Silent Tears’ for the Ballarat International Foto Biennale (2015) and ‘Open Field’ currently on at the Auburn Botanic Garden and Peacock Gallery.

Irene Vella from Melbourne is the Artistic Director of Outer Urban Projects a performance company dedicated to the work of diverse emerging artists from Melbourne’s outer northern suburb. Vella has established herself as one of the most respected composer, music director, librettist, arts writer, community arts worker and producer. Vella’s work emphasises the diverse voices and forms of Australia’s arts. She has collaborated with many of Australia’s finest performers, writers, directors and companies. Her film and television credits include: ‘Head On’ (feature film), ‘Remembering Country’ (SBS), and the mini-series ‘The Slap’ (ABC). She received the 2012 APRA Screen Music Award for Best Sound Track Album. Other notable collaborations and productions include the award winning ‘Who’s Afraid of the Working Class’, ‘Do Not Go Gentle’ and ‘A Populist Opera’ for which she wrote the libretto. Vella is a founding member of the Balkan-Middle Eastern influenced ensemble, haBiBis whose Album Intoxication received an ARIA award for Best World Music Album.

The Adelaide-based actress is making her main-stage directorial debut with ‘End Of The Rainbow’ for the State Theatre Company of SA. She has carved out a formidable career as actor, director and playwright. Carapetis, who studied at the prestigious NIDA has appeared onstage, in major films and television series. Recently was in the SBS miniseries ‘The Hunting’. In 2018, Carapetis wrote and starred in ‘The Gods Of Strangers’ at the Dunstan Playhouse STC South Australia. Carapetis began in the 90s in the ‘Theatro Oneiron’, a Greek Australian theatre company production of ‘The Courtyard of Miracles’ at the Adelaide Fringe Festival. She has worked across Australia’s stages and appeared in a various productions by the State Theatre Company of South Australia.Her television credits include ‘Wicked Love: The Maria Korp Story’, ‘All Saints’ and ‘Blue Heelers’ among many others.

The Creative Director and founder of 3kps, a production and consulting agency, was a producer for the Footscray Community Arts Centre where he produced a range of programs such as an international exchange with Indonesia, cultural leadership training, and a range of Pacific Islander and First Nations programs. Svoronos, a Melburnian, was the lead researcher for the City of Port Phillip in the development of an Aboriginal and Torres Strait Islander arts and cultural strategy, and has produced and directed five Yalukit Wilum Ngargee festivals for the City of Port Phillip whilst mentoring First Nations producers on two. Svoronos is a leading community festival and contemporary producers. He is also a published poet and spoken word performer.

Olympia Valance is of Greek heritage, and based in Melbourne. She is an actor and model, whose credits include the soap opera ‘Neighbours’ and ‘Playing For Keeps’, the 2018 television series, on Network Ten. She received a nomination for the Logie Award for Most Popular New Talent. Valance has also starred in several campaigns for UK lingerie brand Gossard.

Ranked among the top ten portrait photographers in Australia, Sydney-based Alexakis is a documentary photographer, historian and academic. Her work with Leonard Janiszewski, has been devoted to the researching the Greek-Australian historical and presence in both Australia and Greece since 1982. Their book, ‘Greek Cafes & Milk Bars of Australia’ received wide acclaim and is considered an essential photographic archival narrative of Greek Australians and their impact on Australia’s cultural and culinary history. Australia’s milk bar culture owes much the post WWII American influence, offering milk shakes and sundaes, ice cream and coffee.Their other project, ‘In Their Own Image: Greek-Australians’, encompasses visual, oral and literary material, together with memorabilia, and is based at Macquarie University, Sydney, in partnership with the Australian History Museum. Their archive is recognised as one of the most significant collections in the country on Greek-Australians.

Alkinos Tsilimidos, the Melbourne filmmaker and theatre director has been described as one of Australia’s most important contemporary film directors. He has a reputation as being an actor’s director and is renowned for his uncompromising approach to stories of social relevance.His début feature film, ‘Everynight…Everynight’ won international critical acclaim. It was awarded Best First Film (Prix D’Montreal) at the Montreal World Film Festival and was in Official Selection at the Venice International Film Festival. The film received two AFI nominations, including Best Director.His second feature, ‘Silent Partner’ was nominated for Best Adapted Screenplay at the AFI and Film Critics Circle Awards and was in Official Selection at Toronto, Montreal, Newport, US Arts Comedy, Athens, Singapore and Bangkok film festivals.In 2004, Tom White was released to extensive critical acclaim.

As one of Australia’s most renowned contemporary Cretan musicians, Xylouris melds Cretan traditional music with rock, jazz and grunge. Originally Melbourne-based, he now spends most of his time in Crete and touring the world with his latest project Xylouris White. Jim White is known throughout the world as the drummer of Dirty Three, Venom P Stinger and now Xylouris White. Playing Cretan music of original and traditional composition, the band consists of Georgios Xylouris on Cretan laouto and vocals and Jim White on drum kit. Xylouris is known and loved by Cretans and Greeks at home and abroad and has been playing professionally from age 12.

The young Greek-Cypriot Australian Soprano from Melbourne is currently based in Germany. Supported by an Acclaim Italian Opera Ambassadorial Scholarship, Christiana relocated to Europe where she made her Italian debut at Fondazione Pergolesi-Spontini in the role of Agata (Il Flaminio – Pergolesi). Joyce DiDonato from The Weill Music Institute at Carnegie Hall wrote that Christiana Aloneftis “has an exceptionally warm, expressive soprano voice….She performs with poise and graceful, nuanced phrasing.”