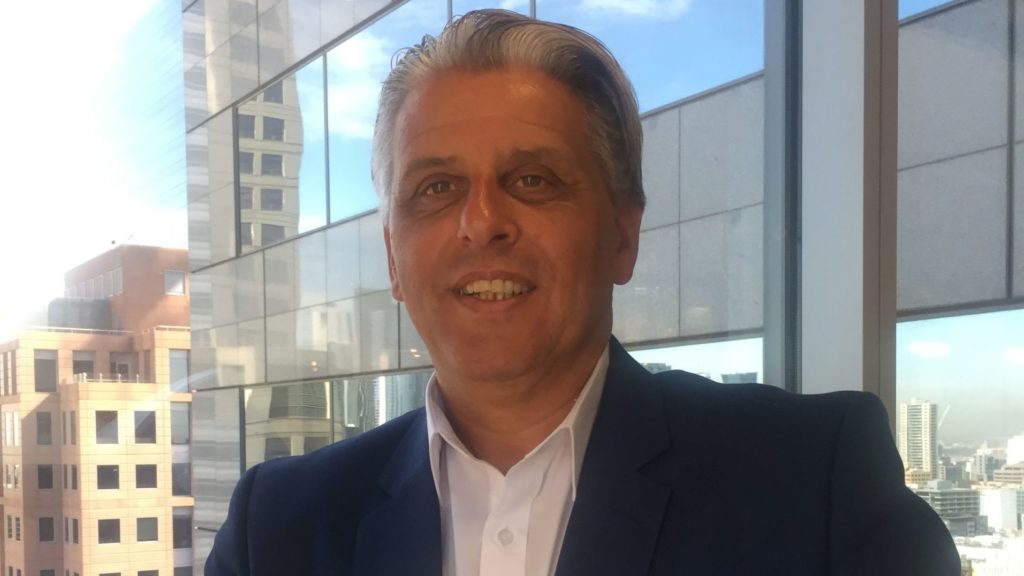 Fronditha Care has appointed Michael Malakonas as its new CEO. The Executive stood out from a strong field of candidates, bringing to the role over 29 years experience across finance, accounting, operations, governance and general management. A non-executive Director of Merri Community Health Services, Mr Malakonas Chairs the Finance and Audit Risk Management Committee, and is also the Treasurer and Secretary of FC Clifton Hill. The priority for the newly appointed CEO and executive team is to build on Fronditha’s strengths as a premium provider of aged care services for the Greek community, while pursuing a clear vision for future growth. Mr Malakonas will assume his duties in mid October, and in the interim Jim Scantsonihas will remain acting CEO.

Greece’s newly elected conservative New Democracy government has overturned the law that made universities a no-gone zone for the police, arguing that the legislation had outlived its usefulness. The law dates back to 1982, when it was put in place after 23 students died during the dictatorship, when a tank pushed through a gate that had been bombarded by protesting students at Athens’ Polytechnic. In a stormy debate in Parliament on Thursday, Prime Minister Kyriakos Mitsotakis claimed the law was now being taken advantage of, turning campuses into dens of criminality, with drug addicts shooting up in daylight on campus, destruction of property and attacks on staff members. However former PM, left-wing SYRIZA leader Alexis Tsipras lambasted the move as a step to undermine the public nature of universities, and the push for privatisation of tertiary education. As lawmakers debated, fiery demonstrations took place in protest.

Missing British Cypriot astrophysicist Dr Natalie Christopher was found dead in a ravine, where it is believed she slipped and fell while going on a run. It was revealed on Wednesday that her phone was ‘turned on’ more than 24 hours after she vanished while on holiday in Ikaria. Greek local media report that her signal began pinging as search efforts focused on a rocky ravine where she was eventually found. Her Cypriot boyfriend, 38, stated that he had called her once during her jog and she had picked up, but called the police after he failed to get a response later on.

Full support for the stance taken by Cyprus and Greece on regional energy issues and for the expansion of security and environmental co-operation is the outcome of the 1st Energy Ministerial Meeting held in Athens on Wednesday. Also participating were Israel and the United States. Greek Environment and Energy Minister Costis Hatzidakis clarified that this “is not a meeting aimed against any specific country, but is in favour of International Law and standing treaties, and is aimed at stability and co-operation in the region.”

A revolutionary, life-saving new treatment used to fight blood cancers, Chimeric Antigen Receptor (CAR) T-cell therapy, has been brought to Victoria. Funding for the cutting-edge treatment was announced this week by State Minister for Health Jenny Mikakos and Federal Minister for Health Greg Hunt. Ms Mikakos said CAR T-cell therapy will help save the lives of many children and young adults with acute lymphoblastic leukaemia when there is no other treatment as an option. “This will be a game changer for Victorian patients who have few options left for treatment. It is cutting-edge therapy that will make a world of difference for some of our sickest children and young people,” she said.

Air accident investigator Captain Akrivos Tsolakis has been named the recipient of the Jerome F. Lederer Award from the International Society of Air Safety Investigators (ISASI) for his contribution to flight safety – the highest distinction in the field. Since entering the field in 1959, Mr Tsolakis has been awarded 44 times, but he admits “this is the highest honour I have ever received”. In Greece he founded the Army General Staff’s Flight Safety Directorate, and set up a flight safety department for Olympic Air, where he was head of flight security until 1990. In 2001 he was appointed president of the newly-established Greek Air Accident Investigation & Aviation Safety Board (EDAAP), where the 89-year-old remains an active proponent. “This award is not just about flight safety. It is about human life and is a reward for our contribution to humanity. That is why I consider it the top of the pyramid. I am even more pleased by the fact that it is a distinction for Greece as well, because my country, which I have been serving ever since I was a lad, is the most important thing to me,” Mr Tsolakis told Kathimerini. The award ceremony is set to take place on 5 September at the ISASI’s annual seminar at The Hague in The Netherlands.

Justice for swordfish stoned to death in Greece

A petition launched by a woman named Jane Wolfe is calling for justice after tourists in Greece stoned a swordfish to death. A video of the incident, which took place in July on a beach in Chalkida, went viral on social media, showing onlookers laughing as others went about tormenting and attacking a swordfish that had ventured close to shore, throwing rocks and attempting to get a hold of it as it tried to swim away. Officials later found the swordfish dead in the harbour. The petition, addressed to Greek Minister of Justice Kostas Tsiaras, calls for a thorough investigation into the incident, and that the attackers be punished. To date it has amassed 22,898 signatures.

Three students from the National and Kapodistrian University of Athens competing in this year’s International Mathematics Competition (IMC) in Bulgaria have won big. Kyprianos Iason Prodromidis was awarded the gold medal, while Sotiris Armeniakos and George Kontogeorgiou each received silver. As a first-year student, Prodromidis’ performance was particularly impressive, competing against older students with more experience. Each student was required to solve five problems each day and to compete for two consecutive days, with tasks drawing algebra, analysis (real and complex), geometry and combinatorics.

Jews and Holocaust survivors deported to Cyprus in the ’40s

Fifty-two thousand illegal Jewish immigrants, including Holocaust survivors were deported by the British government to detention camps in Cyprus following World War II in the 1940’s. In the camps 2,200 babies were born. Decades on, the Israeli Clandestine Immigration and Naval Museum in Atit is trying to contact those held at the camps, and is posting photographs on social media in the hope family members recognise some of the faces.